The BIOXPARC vision is to create the largest network of relationships between the international biotech stakeholders, an attractive platform capable of enhancing human capital in financial terms, to make it immediately available on the global market.

We aim to become the largest scientific network specialized in biotechnology: the platform is designed to bring together all the players in the sector, offering everyone appreciable benefits.

The reduction of costs obtained with the optimization of resources allows access also to small companies, thus opening up new competition scenarios in an increasingly competitive global market.

The BIOXPARC is an international technological hub 5.0 wishing to do business in all Africa: an innovative open platform for applied research and funding establishments, high-performance without national frontiers.

The project consists of a network of technology parks installed all over the world, which through innovative resource sharing technologies, creates a highly competitive and highly performing environment.

The BIOXPARC covers a complex ecosystem bringing on board public and private agencies with economic logics that are often different.

In other words, it’s about clearly defining the following aspects:

In the biotechnology sector, the first Park to integrate the tools proposed by latest technologies (IoT, Robots, Artificial Intelligence, Augmented Reality, Complex Adaptive/Predictive Systems) with human skills (experts in Legal & Patent, Finance & Investment, Supply Chain Management, Marketing & Communication, Recruitment & Training, Commercial), and all researchers from the international community for biotechnology and life, for the return of man to the “Center of the Universe”

The evolution of the “BIOXPARC 5.0 concept”

“The interdisciplinary approach must be based on both humanities and social sciences, as well as only on control theory, computer science and some other disciplines related to the category of exact sciences. Such a multidisciplinary nature is due to the fact that man is considered, on the one hand, as a subject armed with methods and means allowing him to look for situations and to decide how to deal with them, and on the other hand as an object of education, training, worldview and ability to communicate with others, etc.”

We aim to become the largest scientific network specialized in biotechnology: the platform is designed to bring together all the players in the sector, offering everyone appreciable benefits.

The reduction of costs obtained with the optimization of resources allows access also to small companies, thus opening up new competition scenarios in an increasingly competitive global market.

The BIOXPARC is an international technological hub 5.0 wishing to do business in all Africa: an innovative open platform for applied research and funding establishments, high-performance without national frontiers.

The project consists of a network of technology parks installed all over the world, which through innovative resource sharing technologies, creates a highly competitive and highly performing environment.

The BIOXPARC covers a complex ecosystem bringing on board public and private agencies with economic logics that are often different.

In other words, it’s about clearly defining the following aspects: 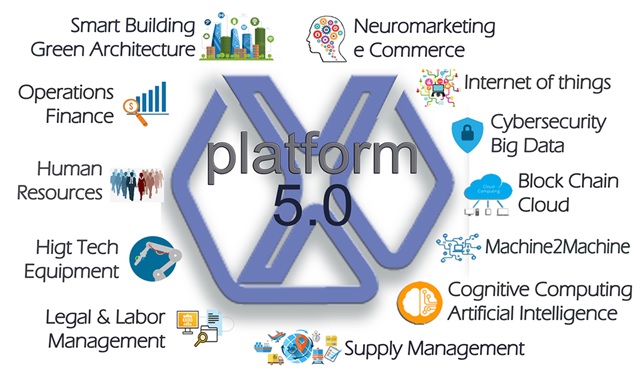 These are companies that produce products or offer services, and whose operations require a significant proportion of R&D activities. The high-tech character must reside in the product or service itself, and not only for example in the manufacturing processes used.

The installation in the BIOXPARC of major financial institutions, specializing in the biotechnology sector (investment private banks, foundations, investment funds) offers adequate financial resources for the development of patents, biotechnological research that attracts huge economic interests from all over the world.

In outreach services are included any organization deemed useful and necessary to meet the operational needs of a site, organizations established there and individuals who work there. These services are not associated as such with the high-tech sector and therefore their activities do not include R&D. This category includes bank, postal office, taxi & rental service, restaurants, bookstores, daycares, fitness centers, documentation and conference centers.

This category includes firms related to the high technology sector by the company of technical support that they offer to organizations in this sector. The operations of these firms, however, do not require R&D activities. Included in this category are organizations and associations offering services related to technology, industrial design firms, firms specializing in patents and technology transfers, consulting services oriented in technical fields, and analysis laboratories control.

“Any technological application that uses biological systems, living organisms, or derivatives thereof, to make or modify products or processes for specific use.” (definition of Biotechnology, Article 2. Use of Terms – The UNITED NATIONS CONVENTION ON BIOLOGICAL DIVERSITY).

Then, BIOXPARC work to deliver innovation on the ground of biotechnologies that improves people’s life and sustains a healthy environment.

The business models for BIOXPARC Network are heavily dependent on the initial conditions in the host environment (political, economic, social and technological conditions) but also on a proper identification and management of the prerequisites at project on set.

A thorough estimate of the BIOXPARC implementation costs is imperative. This will be based on an inclusive approach targeting all stakeholders for an accurate identification of the needs in terms of infrastructure, hardware, human resources, training, communication, etc.

The aim is to have a model likely to ensure equilibrium in the funding of the three sequences of the project: implementation, operation and upgrade of the BIOXPARC project.

In BIOXPARC  Platform  have been identified 3 business models:

This model is applied in cases where the funding for the implementation, operation and evolution of the BIOXPARC is entirely provided by the Government or secured from donors.

What motivates a Government to provide funding for the different stages of a BIOXPARC Project is the resolve to improve the business environment through the facilitation of trade-related formalities and the proper management of the BIOXPARC.

The major risk in a strong involvement of a Government in the funding of all stages of a BIOXPARC Project lies in the possible absence of adequate resources to ensure its upgradability particularly in developing countries and Least Developed Countries.

This situation can adversely impact the performances of the BIOXPARC and hence, the option to associate the private sector and donors can be envisaged.

Very often, donors support the implementation of the BIOXPARC and, the Government takes over to provide funding for its operation. However, donors can come on board ultimately to support the BIOXPARC upgradability needs.

This model concerns mainly the BIOXPARC implemented as part of a PPP that brings on board the Government and the private sector. This PPP model is limited to the management and steering of the project. The logic of stepping up the competitive foreign trade environment is at the heart of this mutually beneficial partnership.

Generally, BIOXPARC services established under PPP are payable. But the tariffs are often negotiated or approved, the objective being to ensure equilibrium in the operation.

The PPP model presents the advantage of being complementary to the other types of funding available as it gives the latitude to call on to the Government or donors, if need be, depending on the opportunities or the context.

When the private sector provides funding for the different stages of the BIOXPARC Project, it integrates its prime motivation which is the quest for profit, hence the option to offer payable services. In the BIOXPARC  Marrakech project, the private company (CESCO INVEST SA) provides funding for the different stages of project development, with the participation in capital risk of investment funds, banks and leasing companies.

There are 2  types of Laboratories:

Laboratories are designated according to their design features, construction and containment facilities as basic, and are built according to the most strict international standards, regardless of the location. The Guidelines of BIOXPARC Laboratories concerns the implementation and strengthening of measures and procedures to: minimize the risk of worker exposure to pathogens and infections; protect the environment and the community; and protect, control and account for valuable biological materials (VBM) within laboratories, in order to prevent their unauthorized access, loss, theft, misuse, diversion or intentional release. Such measures reinforce good research practices and are aimed at ensuring a safe and secure laboratory environment, thereby reducing any potential risks of accidents or deliberate misuse.

The laboratories represent a utility for private companies and research centers with high added value: the high level of installed technologies and the training of staff can be easily rented for even limited periods, according to needs, allowing the reduction of costs and investments.

In addition, the data management and protection system guaranteed by the BIOXPARC security protocol protects all users and offers new opportunities.

The BIOXPARC project, respecting its role as an open platform and facilitator of biotech research, makes available to third parties all the activities and initiatives to guarantee the legitimate rights of every stakeholder.

Universities and R&D institutions need to define intellectual property broadly, and their policies need to be comprehensive in their coverage and holistic in their approach.

To improve the protection and certification of the origin of the data coming from the Research Protocols in progress (and therefore not yet patented), the BIOXPARC development team has developed an innovative registration system (International Registry of Biotech Protocols – IRBP), using the modern block chain certification technologies, which allows to all the researchers and accredited research centers to protect the data of the individual protocols. The International Registry of Biotech Research Protocols is hosted at the BIOXPARC Marrakech – Data Bank Building.

Registration is free for all BIOXPARC accredited partners and is easily manageable with direct access with each user’s password: the Registry will allow for the first time to protect all researchers who have also contributed marginally to the individual protocol, making it easier to assess the real contribution of each.

The recorded data have legal value accepted by all the Patent Offices, and can then be used for filing patents in the patent register all over the world: for this purpose the register will be accessible from all patent offices to carry out research on applications for patents filed.